About Us /
Anointed Conference Calls!

Scroll Down in this box for info about Our SUKKOT YES Anointed Conference Calls!

SUKKOT YES was founded in 2017 as Andrew R. Casper was led to step out and start hosting a Ruach & Emet (Spirit & Truth) Sukkot gathering in the midwest! Andrew helped YAH maintain 24-7 Encountering YAH at other sukkot gatherings, and there have always been great praise reports from that!

In 2017, a Variety of Really Neat Persons Attended Sukkot YES, and the People that Stayed Up the Latest, Had Really Neat Encounters With ALMIGHTY YAH! One Day at the 2017 Sukkot YES, Andrew was led to have Cody who was 6 Years Young then, be the Main Speaker at 7:00PM meeting, and Cody became known as Minister Cody! He Spoke for about 1 and a Half Hours! Minister Cody Also Spoke Another Night, as well as during Sukkot YES 2018!

During 2017 Sukkot YES, Andrew and a Friend that Doesn't like Dead Religion (Steve), Walked Through, and Anointed the Campground, and when we were Finishing that Assignment, A Manifestation Happened That Showed Us That What We Were Led To Do Was A Success!

Below is a Link to Our Anointed Conference Calls Page. Go There for Details on How & When to Join Our Next Call!

The 7 Main Annual Festivals of ALMIGHTY YAH are Not only for the Yahudim (Jews)! They are for All People that are Part of the Commonwealth of Yisra'El! 3 Verses in the English New Covenant Writings say the Feast of the Jews, but Abraham and Lots of Other People in the Ancient Covenant, Weren't Yahudim (Jews). However, they Followed the Way of ALMIGHTY YAH! That's because they were Hebrews! Hebrews are All Persons that are Part of the Commonwealth of Yisra'El! One SCRIPTURE Version that More Properly Translates John 7:2 says (And the Feast of Sukkot in Yahudah / Judea was near.). And Leviticus 23:34 says (Speak to the children of Yisra'El, saying, In the fifteenth day of this seventh month shall be a Feast of Booths, seven days to YAHWEH.). "children of Yisra'El" refers to All of the Commonwealth of Yisra'El! And the 7th Month is Referring to YAH'S Calendar. 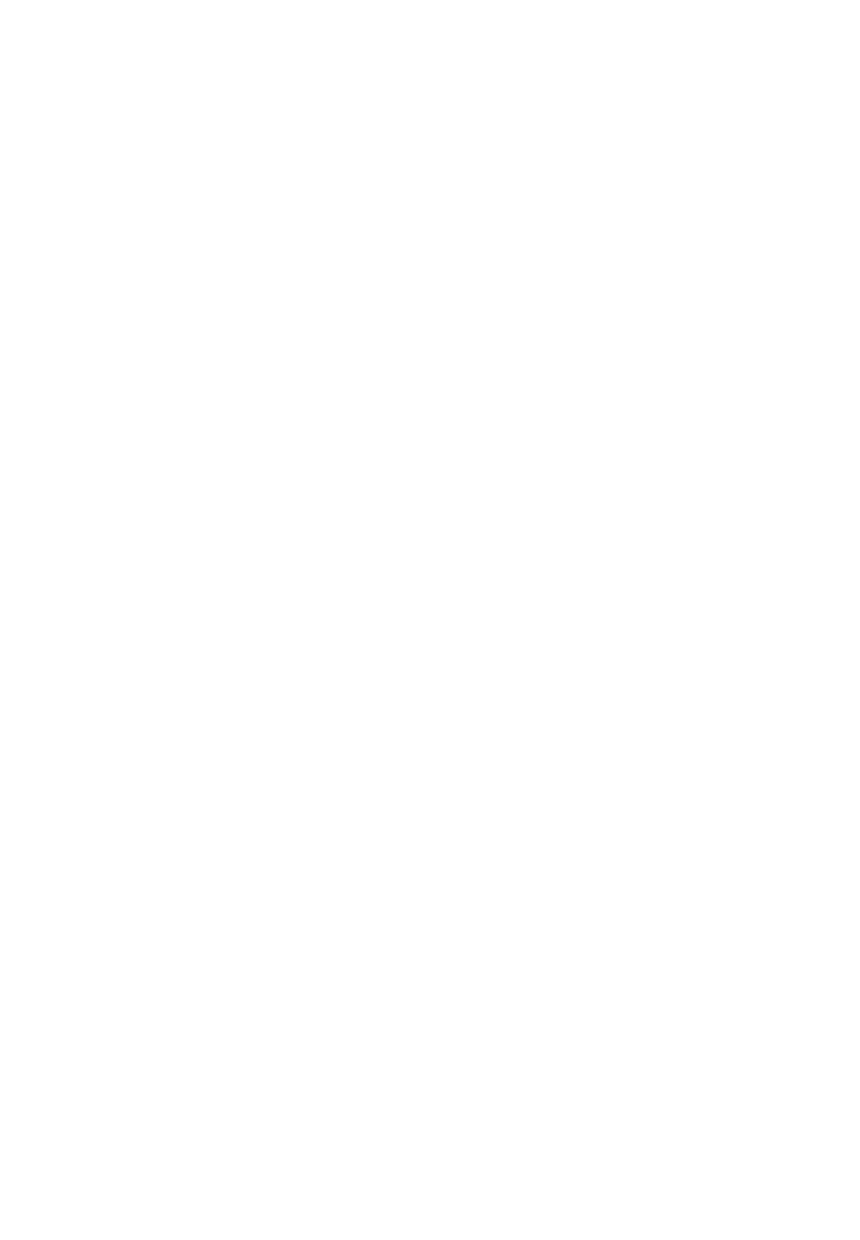 In 2017, We Found a Place that is a Really Neat Campground in Amery, WI, and We Reserved the Same Campground for the 3rd Year in a row!

SUKKOT YES is Not Hosted by a 501 (c) 3 Corporation, or by a Popular Ministry that People Tend to Run After! Speakers Won’t be a Big Focus, but Anybody that Does Speak, Shall Be a Living Example of What They Speak About! In 2017 Minister Cody (When 6 Years Young) Was the Top Speaker at SUKKOT YES!

There is Going to be a 24-7 Room for Encountering Almighty YAH!!! Encountering ALMIGHTY YAH Should Be the Main Focus of SUKKOT YES!!!

And there Shall be Lots of Scavenger Free Fellowship Meals! Please Tell Us ASAP If You Appear to Have Any Food Allergies, So We Can Inform the Camp! We Must Inform Them At Least 2 Weeks Before Our SUKKOT YES Gathering Starts!

The SUKKOT YES Campground has a Number of Big Fireplace Cabins, and it has Other Heated Lodging Buildings that have Bathrooms! However, It’s Not Equipped for Tents & Campers. All People that Are Part of SUKKOT YES, Should Bring Their Own Bedding.

Because the Camp Buys & Prepares All of the Meals For Us, as well as Washes All of Our Dishes, it Costs More to Rent Out than Some Other Camps. But We DON'T Want to Have a Poverty Mentality! It Costs SUKKOT YES Over 200 USD Per Person, Regardless of How Long People Attend. We’re Simply Kindly Asking for Donations to Help Cover the Costs of SUKKOT YES. If Anybody is in a Current Legit Financial Struggle, they are Welcome to Come to SUKKOT YES!

Please Contact Andrew @ 414-975-4332 for Info on How you can Invest in SUKKOT YES. Even if you Don’t plan to Be With Us. Donations are Encouraged & Greatly Appreciated! The Total Cost for us to Host SUKKOT YES is Multi Thousands of Dollars. The Funds That Come In Are Partly Used To HELP PROVIDE for PEOPLE That HAVE A LEGIT FINANCIAL STRUGGLE. Our Desire is to Have the SUKKOT YES Campground FULLY Paid for Before Sukkot!

Please Share The SUKKOT YES Internet Site With People. Much Thanks!

THE 24-7 ENCOUNTERING YAH ROOM IS THE MOST VITAL PART OF OUR SUKKOT GATHERING!!! IN 2017, A BIG SPEAKER WAS INVESTED IN FOR SUKKOT & OTHER OUTREACHES! A LARGE PLAYLIST OF INTIMATE WORSHIP SONGS VIA MP3 IS GOING TO BE PLAYED ON SHUFFLE FOR MOST OF SUKKOT! SOME PEOPLE MIGHT PLAY LIVE AT VARIOUS TIMES!

A PHOTO OF THE 24-7 ENCOUNTER YAH FIRE ROOM IS IN THE PHOTOS AREA!

Now, my sons, do not be negligent, for YAHWEH has chosen you to stand before HIS face, to serve HIM and to be ministers and incense burners for HIM.

At SUKKOT YES, We DON’T Get HUNG UP On POPULAR SPEAKERS Or POPULAR WORSHIP LEADERS. However, ABBA Has FAVORED Us With A FEW PEOPLE That Are GIFTED IN THOSE AREAS!

Cody 11 Was Born in 2011, and He Has a Passion to See All People Accept Yahushua (Yeshua) the Messiah, and to Put ABBA & MESSIAH First! He Also Has a Passion for the Refining Fire of YAH to Come Upon All People, as well as to Heal the Sick & Raise Dead People! His Public Speaking Debut Was at SUKKOT YES 2017 when He was 6 Years Young! He Also Gave a Anointed Message in 2018!

Amy is a Anointed Psalmist for YAH, but she Doesn't yet appear to accept how Gifted She Is. So It's Not Certain that she is going to be a SUKKOT YES Psalmist.

Andrew Has a Passion to See People Live with Ongoing Zeal for Intimacy With ALMIGHTY YAH, and to Walk In Thy Ways & Thy Power!

A Former Speaker has a Passion to Rightly Divide the SCRIPTURES! And he Loved to Encounter YAH @ SUKKOT YES!

Our Neat Team is Everybody That is Part of the Success of SUKKOT YES!

ALMIGHTY YAH is the Head Leader of SUKKOT YES! We Also Have a Few Leaders Under HIM. Those Leaders Are Below.

All Attenders of the SUKKOT YES Gathering Shall Dress Modestly! NO Tight or Loose Clothes, as well as NO Low Cut Shorts!

NO Denying the Price that YAHUSHUA (YESHUA) the MESSIAH Fully Paid for the Remission of Our Transgressions!!!

N0 Rebelling Against the Leadership of SUKKOT YES, and NO Having Excess Control Over Any Attenders of SUKKOT YES!

Please Respect What YAH is Doing by Being Timely for All of the 7P.M. Nightly Meetings!

Please Be Timely for All of the SUKKOT YES Meals, so that the Kitchen Staff DOESN'T Have to Be In the Kitchen for TOO LONG!

NO Getting Drunk, or High On Drugs. Even if You Call it Medical Related. There is Proven Hemp Oil that Doesn’t Get People Stoned (THC Free), and Doesn’t Make People Paranoid!

NO Arguing about How to Properly Pronounce ABBA’s & MESSIAH’s Name!

NO Arguing about Who is On the Proper Calendar!

NO Arguing about Shabbat Views or Your View as to What Time Days Begin!

Sukkot YES rents a 120 beautiful acre campground near Amery, Wisconsin. The campground offers a unique display that includes 44 acres of island on Lake Wapogasset. It also offers three treehouses, known for their beauty and the opportunities they provide to explore the forest canopy.

There are 2 rooms that we can use for nightly meetings. One of them has carpet & restrooms. Both of the meeting rooms have heat & a fireplace!

The campground has lots of heated or fireplace buildings for lodging.

Please Contact Andrew @ 414-975-4332 for Info on How you can Invest in SUKKOT YES. Even if you Don’t plan to Be With Us. Donations are Encouraged & Greatly Appreciated! The Total Cost for us to Host SUKKOT YES is Multi Thousands of Dollars. The Funds That Come In Are Partly Used To HELP PROVIDE for PEOPLE That HAVE A LEGIT FINANCIAL STRUGGLE. Our Desire is to Have the SUKKOT YES Campground FULLY Paid for Before Sukkot!

Please Share The SUKKOT YES Internet Site With Other People. Much Thanks!

The MESSIAH YAHUSHUA (YESHUA) Was Born (Tabernacled With Us) in a SUKKAH on the 1ST DAY of SUKKOT! On the 8TH DAY (the Annual Shabbat at the Close of Sukkot) HE was Circumsized. A Very Popular Yahudi / Jew that Follows the RISEN MESSIAH, teaches that The MESSIAH was Born in the Springtime, but a Lot of Well Learned People Disagree with that teaching!

And since the Letter J Wasn’t Official in English until the Year 1630, we Know that the MESSIAH’S Name does Not begin with the Letter J! HIS True Name Means YAH Saves!!! However, I and Most of my Friends Don’t Make People Speak HIS True Name. Everybody Should Have Revelation in their Hearts, Before they Make that Change!

Look Online at a 1611 Edition of the Scriptures, and Search for the word (jesus). You’ll Find Out that It’s Not There. Also, there has Never been a J Sound in Hebrew, Aramaic or Greek! The place known as Jerusalem is actually Yerushalayim. And Benjamin NatanYahu is actually Binyamin. NOTE: Those Hebrew Words can be Written in Different Ways in English.

I, Andrew R. Casper for a long time have traveled the U.S.A. and elsewhere doing various forms of outreach. I've also done a lot of outreach over the phone and the internet!

I have a passion to see other people have True Encounters with ALMIGHTY YAH! 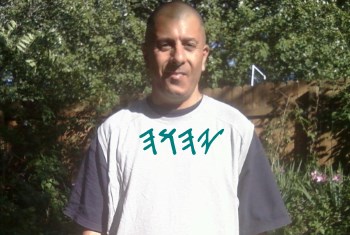 We Had a 2nd Leader, but Due to Circumstances, That Person Had to Step Down.

We Had a 3rd Leader, but Due to Circumstances, That Person Had to Step Down.

We Are A RUACH & EMET (SPIRIT & TRUTH) Outreach! 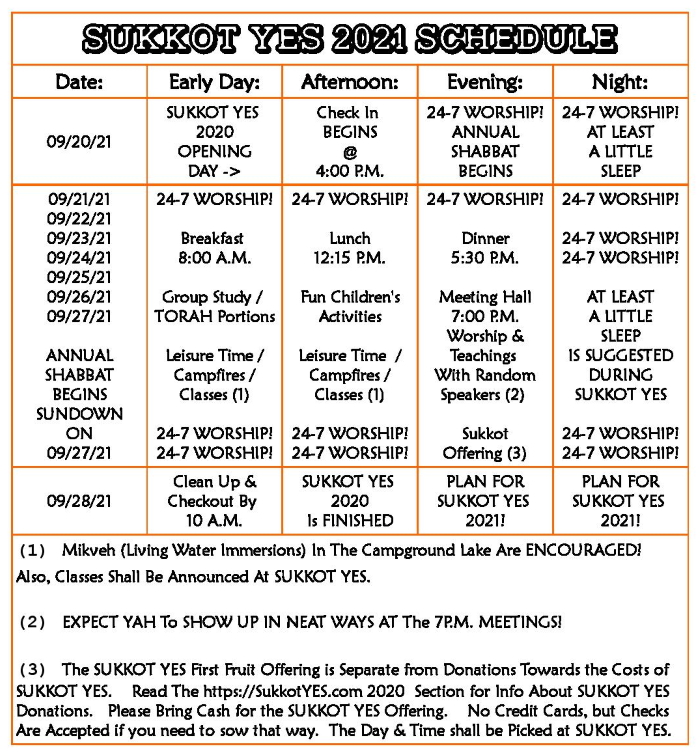 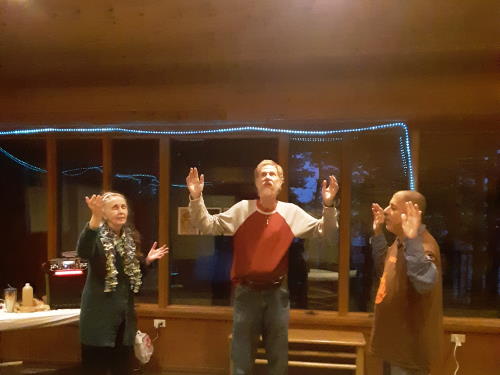 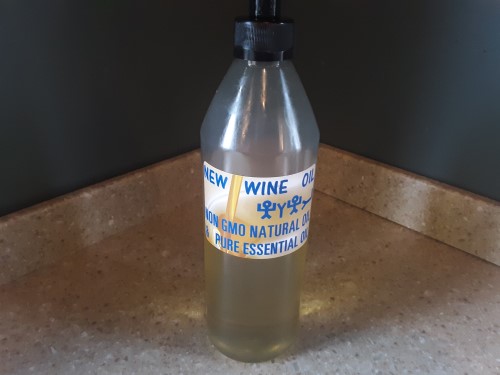 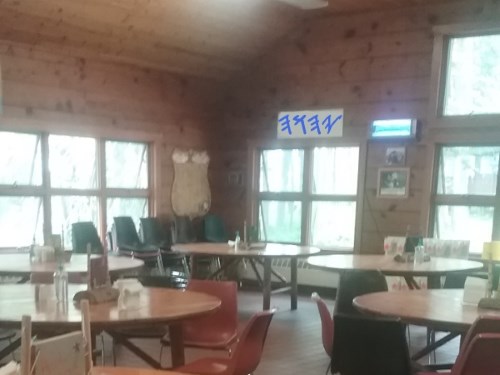 PART OF THE CAMP MEAL HALL
07

THIS IS A SHORT VIDEO Of US IN YAH'S RIVER LATE AT NIGHT AT SUKKOT YES 2017! Watch CLOSELY, To SEE Something SUPERNATURAL That Happened!


Much Thanks for Watching Our Videos! More Videos Should Be Coming! 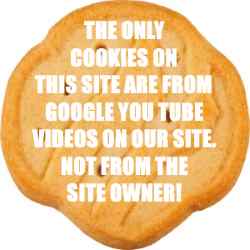